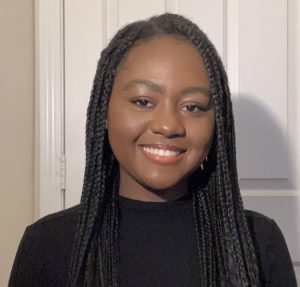 Margaret Nyamadi is from Charlotte, North Carolina and majored in Engineering with a minor in Computer Science. The flexibility that Wake Engineering provides allowed Margaret to take computer science courses as part of her major. This resulted in the further development of her interest in computer science and allowed her to learn valuable coding skills. “I get the best of both worlds with my Engineering major and Computer Science minor,” she shares. Margaret’s favorite Wake Engineering project is her team’s Capstone project. To support pathologists and appendiceal patients combat the challenge of misdiagnosis, Margaret’s team used machine learning to improve the classification of appendiceal cancer specimens. While increasing pathologist’s accuracy of diagnosis and improving survival rate, the team also hopes to contribute to the medical community’s overall understanding of this disease. She greatly enjoyed the project because of its impact on improving patients’ lives and advancing the use of machine learning in medical diagnosis.

Guided by Dr. Michael Gross, Margaret assessed the effect NH2 and NO2 have on the adsorption behavior of CO2 and CH2 using MOFs UiO-66 functionalized with NH2 and NO2, using Python. The experimental measured results were then compared to the computational values predicted by a team in the Physics department. Outside of class, Margaret was involved in an assortment of extracurricular activities. She was a Student Analyst at The Bridge (IS), Student Staff at Wakerspace, and as a Teaching Assistant for EGR 111: Introduction to Engineering Thinking and Practice and EGR 312: Computational Modeling in Engineering. Margaret will be attending graduate school at Duke University to obtain a Master’s in Interdisciplinary Data Science